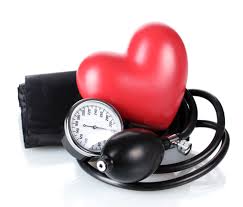 High blood pressure could be as devastating to global health as AIDS, causing more deaths over the next two decades than the infectious disease, a group of international experts is warning.

Writing in the International Journal of Epidemiology, three British experts in international health said most governments and aid agencies around the world are doing too little to combat high blood pressure, and that current efforts to target the condition mirror the halting global reaction to HIV/AIDS 20 years ago.

In an editorial entitled “Is hypertension the new HIV epidemic? ” the authors — Peter Lloyd-Sherlock from the University of East Anglia, and Shah Ebrahim and Heiner Grosskurth of the London School of Hygiene and Tropical Medicine — suggest that “valuable lessons for hypertension could be taken from HIV/AIDS policies,” but health officials are not applying them to the growing rate of high blood pressure.

“Our response to the global epidemic of hypertension seems little better than our response to HIV/AIDS two decades ago: too little too late,” they write. “Can we not wake up earlier this time, before millions have died?

Hypertension is seen as a disease of the West, of prosperity and therefore of little relevance to poorer countries. This is despite the growing body of evidence that prevalences in poorer countries are quickly catching up.” They noted that hypertension is a non-communicable (NCD) disease and argued that the behavioral factors associated with it —obesity, lack of physical exercise, and poor diet — make it difficult to persuade funders and taxpayers to help people who “eat and smoke too much.”

They added that the situation is reminiscent of the slow response to AIDS prior to 1990. “HIV was faced with political denial and public misunderstanding in the early years of the pandemic, especially in some poorer countries,” they said. “There is a similar pattern of denial with hypertension … based on the misguided view that hypertension does not affect poorer social groups.”

“Yet there is substantial evidence that hypertension is highly prevalent among poorer groups and that they are less likely to have access to effective treatment. As with HIV, hypertension can be both a cause and a consequence of poverty, over work, non satisfaction in your job, debt, no job.”

Managing your stress and Hypertension in the West.

Today’s workforce is experiencing job burnout and stress in epidemic proportions. Workers at all levels feel stressed out, insecure and misunderstood. Many people feel the demands of the workplace, combined with the demands of home, have become too much to handle. A one-day workshop explores the causes of such stress and suggests general and specific stress management strategies that people can use every day.

Sourced from © 2014 NewsmaxHealth. All rights reserved.