Why are some people on different sides of the isle  stigmatised and do not understand racism? Is Racism really being oppressed or is it oppression?

Firstly I needed to look up and define the different faces of stigma.

a) Public stigma is the reaction that the general population has to people with mental illness.

b) Self-stigma is the prejudice which people with mental illness turn against themselves.

c) Both public and self-stigma may be understood in terms of three components: stereotypes, prejudice, and discrimination

An example of  stigma is the spot on an otherwise blemish-free potato. So when a person maintains they have not experienced racism, or they have black friends or I just don’t get it, they are in some way claiming that in accordance to their blemish free experience it does not exist.  Probably not a fabulous example, but we can all improvise.

I have been impressed and recently stimulated by George Baldwin a author who used his distinct perspective and lyrical writing to shed light on issues of race, homosexuality, and religion in a way that placed him ahead of his time when it came to social commentary. One of his poignant quotes ‘times’ as follows:

“What is it you want me to reconcile myself to? I was born here almost sixty years ago. I’m not going to live another sixty years. You always told me it takes time. It has taken my father’s time, my mother’s time. My uncle’s time. My brother’s and sister’s time. My niece’s and my nephew’s time.

How much time do you want for your…’progress’?”

So I want to try and reframe the argument for racism by describing it as Social Oppression. Maybe this way more individuals might be able to see, feel and put into context the often  intangible experiences of racism which is alien to some.

The outcome of social oppression is that groups in society are sorted into different positions within the social hierarchies of race, class, gender, sexuality, and ability. Those in the controlling, or dominant group, benefit from the oppression of other groups through heightened privileges relative to others, greater access to rights and resources, a better quality of life, and overall greater life chances. Those who experience the brunt of oppression have fewer rights, less access to resources, less political power, lower economic potential, worse health and higher mortality rates, and lower overall life chances.

Groups that experience oppression within the United States and other Countries include racial and ethnic minorities, women, poor LGBT people, and the lower classes and the poor. Groups that benefit from oppression in the U.S. include white people (and sometimes light-skinned racial and ethnic minorities), men, heterosexual people, and the middle and upper classes.

One thing we should be able to agree on

Another prospective for instance – in the sea and rivers around the world it is filled with thousands of different fish’s but they are all still fishes because primarily they can only survive in water. Just imagine a group of fishes deciding that another group of fishes did not deserve or fit the criteria to exist in water? They devised strategies to segregate, disenfranchise, starve, degrade and kill, what do you think would happen?

Though humans often are subdivided into races, the actual morphological

The DNA of two humans chosen at random generally varies by less than 0.1%. Because racial genetic differences aren’t strong, some scientists describe all humans as belonging to a single race: the human race.

Examples of ethnicity include being labelled as Irish, Jewish, or Cambodian, regardless of race. Ethnicity is considered an anthropological term because it is based on learned behaviours, not biological factors. Many people have mixed cultural backgrounds and can share in more than one ethnicity.

Race and ethnicity can overlap. For example, a Japanese-American would probably consider herself a member of the Japanese or Asian race, but, if she doesn’t engage in any practices or customs of her ancestors, she might not identify with the ethnicity, instead considering herself an American.

Another way to look at the difference is to consider people who share the same ethnicity. Two people might identify their ethnicity as American, yet one is black and the other white. A person born of Asian descent growing up in Britain might identify racially as Asian and ethnically as British. 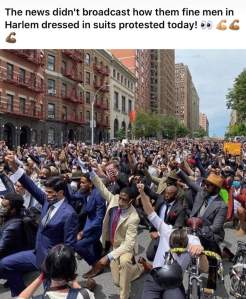 New York University sociology professor Dalton Conley spoke to PBS about the difference between race and ethnicity for the program “Race: The Power of an Illusion”: “The fundamental difference is that race is socially imposed and hierarchical. There is an inequality built into the system. Furthermore, you have no control over your race; it’s how you’re perceived by others.”

Conley, like other sociologists, argues that ethnicity is more fluid and crosses racial lines:

“I have a friend who was born in Korea to Korean parents, but as an infant, she was adopted by an Italian family in Italy. Ethnically, she feels Italian: She eats Italian food, she speaks Italian, she knows Italian history and culture. She knows nothing about Korean history and culture. But when she comes to the United States, she’s treated racially as Asian.”

Differences between race and ethnicity:

Race is biological, while ethnicity is cultural.

Ethnicity can be displayed or hidden, while race generally cannot be.

Ethnicity can be adopted, ignored, or broadened, while racial characteristics cannot.

Ethnicity has subcategories, while races no longer do.

Both have been used to subjugate or persecute people.

Some sociologists believe that racial divisions are based more on sociological concepts than biological principles.

All groups make up a society, social oppression disenfranchised the interconnect structure.

A lone brick cannot build a house, collective brick can, but it has to be based on a strong foundation.

So what needs to be put right

To start with to put in place procedures and policies with zero tolerance to being misinterpreted to correct the collective failure of any institution or organisation to provide an appropriate and professional service to people because of their colour, culture, or ethnic origin.

We have seen the rise of diversity employees and training, but this is often window dressing.

When institutions and organisations prepare there risk assessment, there SWOT analysis there ISO 9001 the findings are then written into the DNA of the company or organisation to ensure there survival.

Educational institutions are important because they need to equally inform their students about the truth of history so that it does not keep repeating the warped narrowing that perpetuates ignorance, victimisation, intolerance and oppressive entitlement behaviours.

I finish with scripture

Suppose a man comes into your meeting wearing a gold ring and fine clothes, and a poor man in shabby clothes also comes in. If you show special attention to the man wearing fine clothes and say, ‘Here’s a good seat for you,’ but say to the poor man, ‘You stand there’ or ‘Sit on the floor by my feet,’ have you not discriminated among yourselves and becomes judges with evil thoughts? Listen, my dear brothers: Has not God chosen those who are poor in the eyes of the world to be rich in faith and to inherit the kingdom He promised those who love Him? But you have insulted the poor. Is it not the rich who are exploiting you? Are they not the ones who are dragging you into court?” James 2:2-6